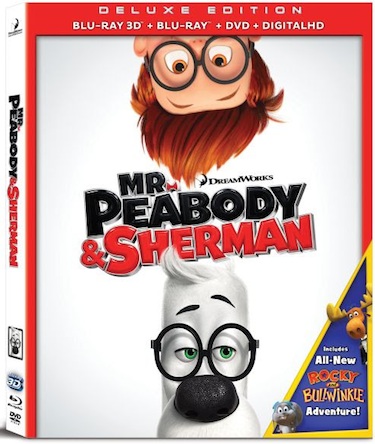 Rocky and Bullwinkle is an upcoming animated short film I scored for DreamWorks Animation. The short, directed by Gary Trousdale (Beauty and the Beast), stars June Foray reprising the voice of Rocket J. Squirrel and Tom Kenny (SpongeBob SquarePants) as the voice of Bullwinkle Moose.

Rocky and Bullwinkle will be released as a special feature on the deluxe edition Blu-ray release of Mr. Peabody and Sherman. The release date is October 14th, 2014.